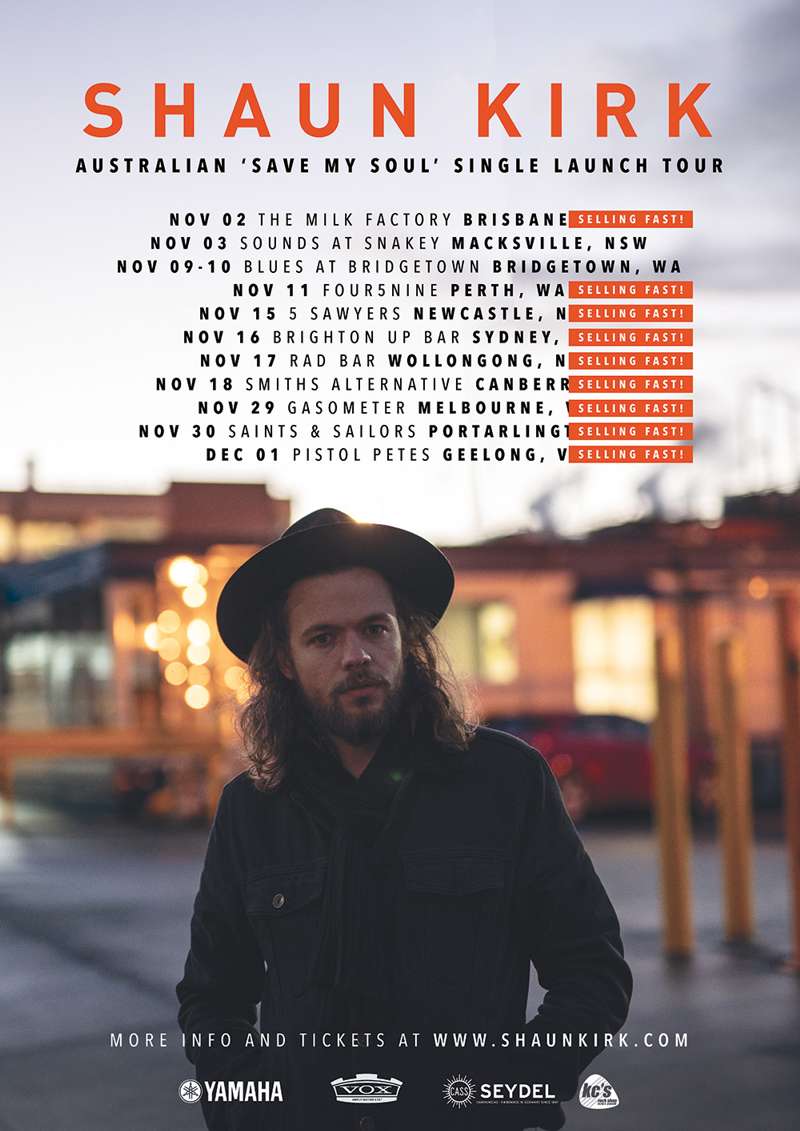 'Save My Soul' Single Launch Tour

Following the release of ‘Howlin at the Moon’ earlier this year, Melbourne’s very own blues/ soul troubadour Shaun Kirk is delighted to announce a month long string of tour dates across Australia to celebrate the release of his brand new single ‘Save My Soul’.

Co-produced with Nick Huggins (Jen Cloher, Fraser A Gorman, Mick Turner) ‘Save My Soul’ is a heavy groover that Kirk says was initially inspired by a character he spotted walking forlorn along the shoulder of a cold, dark Hume Highway late one night whilst driving home from a run of shows up north. The quick sighting leading Kirk to the opening line of the song - “kicking stones along the highway”. From there his imagination took over.

Kirk’s world class live show is taking audiences by storm with his recent ‘Howlin at the Moon’ tour selling out some 10 shows across Australia & New Zealand and also saw him billed for the fourth time in his career at the world famous Bluesfest, Byron Bay. Tickets to the ‘Save My Soul’ tour are limited and expected to sell quickly. Get in early